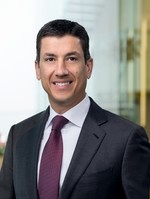 Joseph C. Gatto, Jr. joined the Company in April 2012 as Senior Vice President, Corporate Finance, with responsibility for our capital markets and strategic planning functions, in addition to investor relations activities. Effective March 31, 2014, Mr. Gatto was appointed Chief Financial Officer and Treasurer of the Company and in August, 2016 was promoted to President, while retaining the roles of Chief Financial Officer and Treasurer. In May, 2017 he was promoted to Chief Executive Officer, while retaining the role as President. Mr. Gatto was appointed as a member of the Board of Directors in May 2018. Prior to joining Callon, Mr. Gatto was a Managing Director in the energy investment banking groups of Merrill Lynch & Co. and Barclays Capital from July 1997 until February 2009, with involvement in all phases of M&A and capital raising transactions for his clients. In February 2009, he founded MarchWire Capital, LLC, a financial advisory and strategic consulting firm, and subsequently served as Head of Structuring and Execution with Merrill Lynch Commodities, Inc. from January 2010 until November 2011. Mr. Gatto graduated from Cornell University with a BS degree in 1992 and The Wharton School of the University of Pennsylvania with an MBA in 1997. 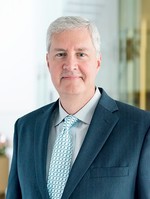 Mr. Ulm joined us in December 2017 as the Senior Vice President and Chief Financial Officer. Mr. Ulm has more than 30 years of experience in the energy industry with responsibilities including finance, accounting, strategic planning, M&A, business development and risk management. His most recent position has been as Founder and Managing Partner of New Vista Energy Partners, a private E&P company focused on emerging resource plays in the Permian and Anadarko Basins, from 2015 to 2017. Previously, he served as Senior Vice President and Chief Financial Officer for three private companies from 2008 to 2015 where he was responsible for financial and accounting management, capital formation, and corporate strategy. Prior to these roles, Mr. Ulm served from 1999 to 2008 as Senior Vice President and Chief Financial Officer for Pogo Producing Company, a publicly-traded oil and gas company which had meaningful operations in the Permian Basin. From 1995 to 1999, he was the Treasurer for Newfield Exploration Company. Earlier in his career, he held finance and accounting leadership roles with American Exploration Company and Tenneco Oil Company. Mr. Ulm holds an M.B.A. and an undergraduate degree in accounting, both from the University of Texas. 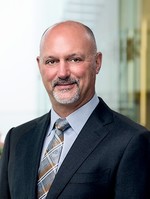 Dr. Balmer has 30 years of operations and subsurface leadership experience in the energy industry. His most recent role was Vice President and General Manager, Southern Operating Area for Encana Corporation with responsibility for all of Encana's upstream operations in the Permian Basin. After joining Encana in 2008, he held various leadership roles including Vice President and General Manager, Western Operating Area, managing operations in the Eagle Ford, DJ, San Juan, Piceance and Wind River Basins, and Vice President, Emerging Plays. Prior to joining Encana, Dr. Balmer served in a variety of roles, including positions with ConocoPhillips, Burlington Resources and ExxonMobil Corporation. He holds B.S. and Ph.D. degrees in Petroleum Engineering, in addition to an M.S. in Environmental and Planning Engineering, from Missouri University of Science and Technology (formerly University of Missouri – Rolla). 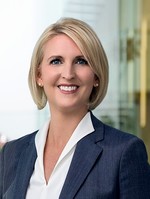 Michol L. Ecklund is the Senior Vice President, General Counsel and Corporate Secretary for the Company. Prior to joining Callon in November 2017, Ms. Ecklund was Deputy General Counsel for Operations & Commercial Law at Marathon Oil Company where she oversaw the legal team for global operations, acquisitions and divestitures as well as corporate communications. During her 15 years at Marathon Oil, Ms. Ecklund served in progressive positions within and outside the Law Organization including compliance, litigation, human resources, investor relations, corporate communications and tax. Prior to Marathon Oil, she practiced law at Baker Botts LLP in Houston. Ms. Ecklund received a B.A. degree from Rice University and J.D. from Harvard Law School. 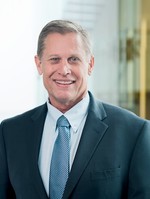 Michael J. O'Connor joined Callon as its Vice President of Permian Operations in April 2016, and became Vice President, Production in 2019. He joined the Company from Devon Energy where he served for eight years as Engineering Advisor, supporting production operations in West Texas and Eastern Wyoming.  Prior to Devon, Michael was employed at ConocoPhillips, where in 2008 he retired after 30 years of service, working in various production engineering and management roles supporting production operations in Oklahoma, the Gulf of Mexico, and West Texas. Michael graduated from the University of Oklahoma in 1979 with a BS in Petroleum Engineering and is an active member in the Society of Petroleum Engineers. 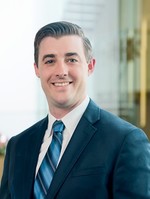 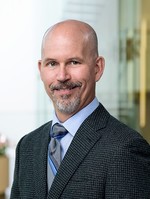 Jamin B. McNeil joined Callon Petroleum as its Vice President of Operations in June 2019 with over 30 years of oil and gas industry experience.  Prior to joining Callon, Mr. McNeil was Senior Vice President of the Houston Division Operations for Linn Energy.  During his career, Mr. McNeil has served in a variety of technical and leadership roles with ConocoPhillips, Burlington Resources, and Kerr-McGee Corporation.  He graduated from the Colorado School of Mines in 1988 with a BS in Petroleum Engineering and is an active member in the Society of Petroleum Engineers. 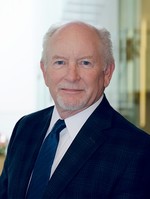 J. Michael Hastings joined Callon as Director of Marketing in June 2015, and became Vice President, Marketing in 2019. He was previously employed by ConocoPhillips, where in 2013 he retired after 35 years of service, working in various marketing, finance and accounting management roles supporting domestic and international business units. Michael graduated from the University of Texas Permian Basin in 1988 with a BBA in Accounting and Information Systems. 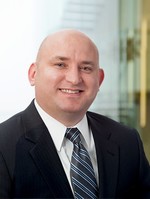 Greg Conaway joined Callon Petroleum in conjunction with the merger of Callon Petroleum and Carrizo Oil and Gas in December 2019. Prior to joining Callon, Mr. Conaway served as Vice President and Chief Accounting Officer of Carrizo from September 2014 – December 2019, as Controller of Financial Reporting from May 2012 – September 2014, and Assistant Controller from July 2011 – May 2012. Prior to that, Mr. Conaway worked for Ernst & Young, holding positions of increasing responsibility including senior manager. Mr. Conaway began his career with Arthur Andersen in 1998. Mr. Conaway is a CPA and holds a M.B.A. and B.B.A. in Accounting from Angelo State University. 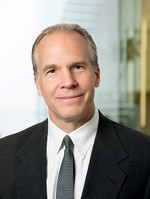 Rex Bigler joined Callon Petroleum in conjunction with the merger of Callon Petroleum and Carrizo Oil and Gas in December 2019. Prior to joining Callon, Mr. Bigler served as Vice President of Production Operations of Carrizo  from April 2017 – December 2019. Prior to his career at Carrizo,  Mr. Bigler served as Regional Vice President of Operations for BreitBurn Management Company, overseeing BrietBurn’s producing assets in California, the Mid-Continent, and the Permian Basin. Prior to BreitBurn, he spent seven years with Devon Energy as Manager, Production Operations and 17-1/2 years with Unocal Corporation in various engineering and commercial roles including domestic and international assignments and midstream development. Mr. Bigler was the lead developer and project manager for Keystone Gas Storage Facility near Kermit, Texas, one of the first bedded salt gas storage facilities in the U.S. He also worked for several small independents earlier in his career in drilling and production operations in the DJ and Permian Basins. Mr. Bigler holds a Bachelor of Science degree in Petroleum Engineering from Colorado School of Mines. 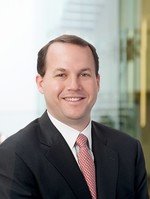 Vice President of Drilling and Completions

Prior to working at Carrizo, Mr. Hudson worked as Drilling and Completion Engineer for CDX-Dart Drilling and Technology. He also served as a Stimulation Engineer for Halliburton in the Gulf of Mexico. Mr. Hudson is a Board Certified Professional Engineer in the State of Texas and holds a Bachelor’s degree in Petroleum Engineering from Texas Tech University.